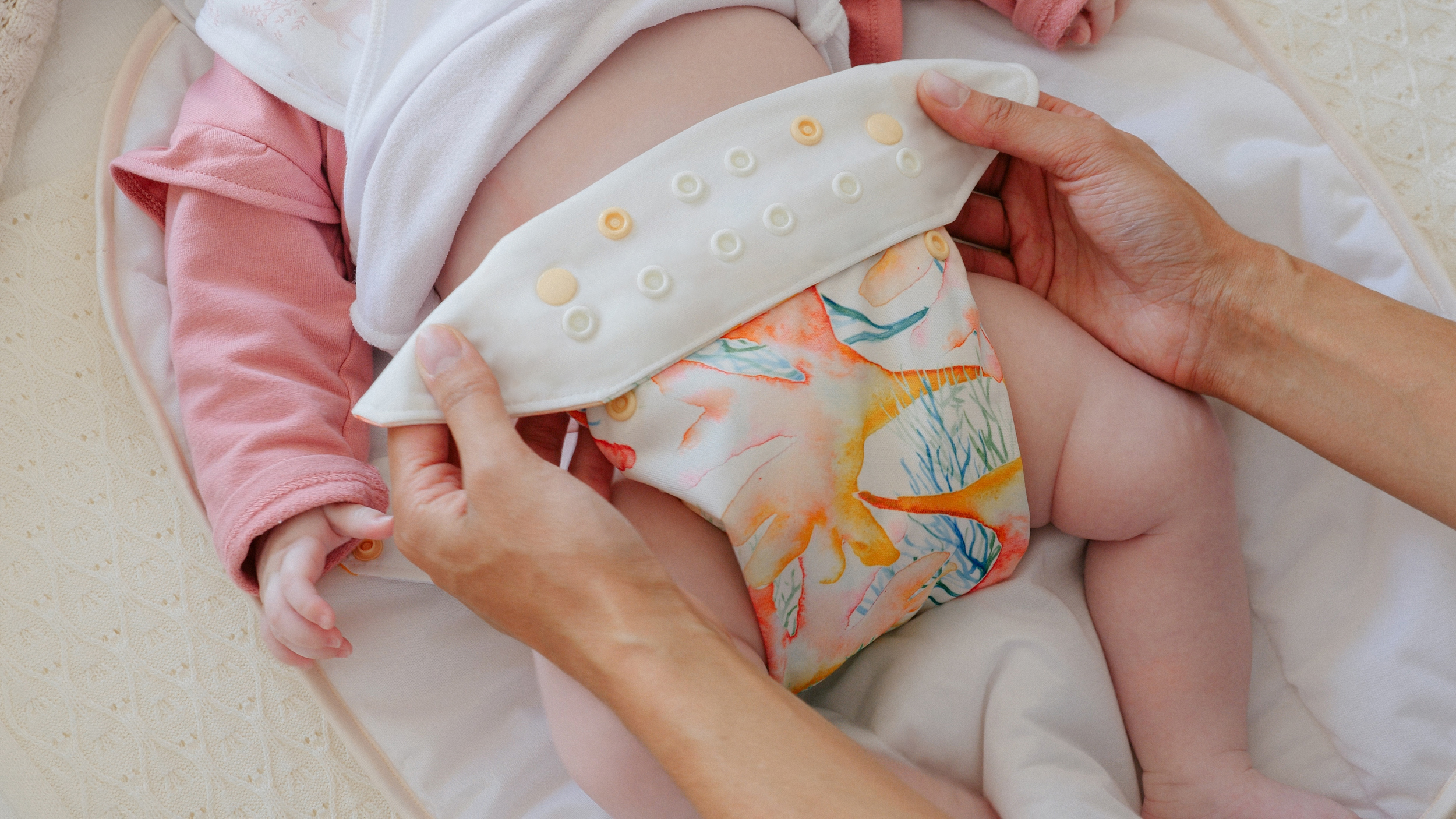 Can’t decide whether to use cloth nappies on your little one?

We’ve narrowed down our favourite reasons to switch!

The initial investment soon pays off.

Disposable nappies cost parents an average of €2,000 per child until potty training (usually completed around 2.5 years of age). That’s literally throwing money in the bin every day.

Disposables often require frequent visits to the supermarket or local store. When the baby poops in disposables, you try to contain it all in the nappy, wrapping it up as tightly as possible, throw it in the bin and close the lid and don´t think about it anymore, right? Wrong. It stinks. It stinks a lot. It continues to stink until you can´t bare the smell of poo in the room and put it outdoors. So be prepared to spend time putting your baby’s dirty nappies outside every other day at least.

With PICO TANGO All-in-One reusable nappies, on the contrary, you dispose the poo into the toilet (easy to remove with one hit), which prevents odors from the nappy bin until they’re washed. What if the poo is runny and too messy to dispose it into the toilet? Easy – grab a bit of toilet paper and remove the excess, the rest goes directly to the washing machine; it will do the rest – they come out clean.

Have you ever considered what disposable diapers are made of? How did they get to be so white? How do they manage to absorb so much?

France’s ANSES agency tested best-selling brands of disposable nappies and found 38 “very severe hazard” chemicals in nappies sold throughout Europe. Most of the chemicals disrupt hormones, the officials say, a property that means they have no safe exposure level.

In contrast, PICO TANGO reusable nappies have Tencel ™,  and organic cotton, which are naturally hypoallergenic, against your baby’s delicate intimate area, representing a safe and responsible alternative to your child’s health.

Due to its complex synthetic composition together with biological material, recycling disposable nappies is not financially viable. They take hundreds of years to decompose. In 2017, it was estimated that 6.7 million tonnes of disposable nappies waste was generated in the EU-28, which typically end up in landfills (87%) or are incinerated (13%).

When you choose disposables, you are spending your money contributing to landfills. And while it may seem like the amount of water and electricity used to care for cloth is also bad for the environment, once you understand that in the majority of time they can be washed together with the other household clothes, the impact is minimal in comparison.

Disposable nappies result in a carbon footprint approximately 500 kg of CO2 equivalents used over 2.5 years a child is tipically in nappies. Swaping to reusables results in a reduction of 40%, equivalent to some 220 kg of CO2, over the 2.5 years. This reduction is possible by washing nappies in a fuller load, outdoor line drying all the time, washing up to 60ºC and reusing nappies with a second child.

It takes over 1,500 litres of crude oil to produce enough disposable nappies for a baby until they become potty trained at 2.5 years.

This website uses cookies to improve your experience while you navigate through the website. Out of these, the cookies that are categorized as necessary are stored on your browser as they are essential for the working of basic functionalities of the website. We also use third-party cookies that help us analyze and understand how you use this website. These cookies will be stored in your browser only with your consent. You also have the option to opt-out of these cookies. But opting out of some of these cookies may affect your browsing experience.
Necessary Always Enabled
Necessary cookies are absolutely essential for the website to function properly. These cookies ensure basic functionalities and security features of the website, anonymously.
Functional
Functional cookies help to perform certain functionalities like sharing the content of the website on social media platforms, collect feedbacks, and other third-party features.
Performance
Performance cookies are used to understand and analyze the key performance indexes of the website which helps in delivering a better user experience for the visitors.
Analytics
Analytical cookies are used to understand how visitors interact with the website. These cookies help provide information on metrics the number of visitors, bounce rate, traffic source, etc.
Advertisement
Advertisement cookies are used to provide visitors with relevant ads and marketing campaigns. These cookies track visitors across websites and collect information to provide customized ads.
Others
Other uncategorized cookies are those that are being analyzed and have not been classified into a category as yet.
SAVE & ACCEPT
My cart
Your cart is empty.